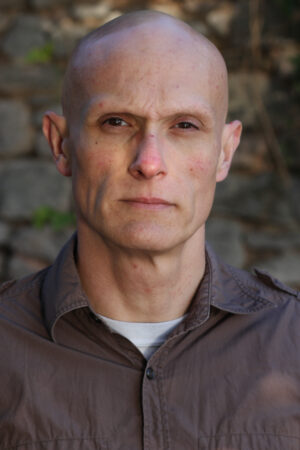 Jay has been in features, shorts and music videos, giving him plenty of experience in front of the camera. Before becoming an actor, Jay worked as a stand-up comedian for 8 years and has a strong sense of comic timing and great natural rapport. He’s also a jazz drummer, father and great for a chat over the phone!

Jay is an experienced character and comedy actor that has delivered physical performances in film and interactive theatre over the last decade. He is a tall actor with a unique hairless casting, which allows him to be very expressive. Being bald with wide eyes and sharp features, he’s an engaging performer, who has played comedic and dramatic roles.

Jay is based in Taunton in Somerset and has adaptable work, allowing to travel around the UK.